So I decided to go on a whim and went to D.C LAST minute..I repeat LAST MINUTE. And it was the best decision that I’ve decided to make!! I truly enjoyed myself and I honestly didn’t want to leave! From the culture and the politeness from everyone no matter the race or sex everyone was extremely welcoming! And don’t even get me started on how many sista’s embraced their natural its such a beautiful site from the locs, to the braids, even the blow outs were BOMB AF!

So let’s jump right into this shall we?

So my mother (Mama Brown) and I arrived at the airport at about 4 o’clock (due to my flight leaving at 6 a.m which made me so freaking happy because I had a layover in N.C Charolette before I was able to make it to D.C.

​
I was SO sleepy for some odd reason I always have a hard time getting a good night of sleep knowing I’m going to travel somewhere the next day. I guess it’s just excitement 😂. 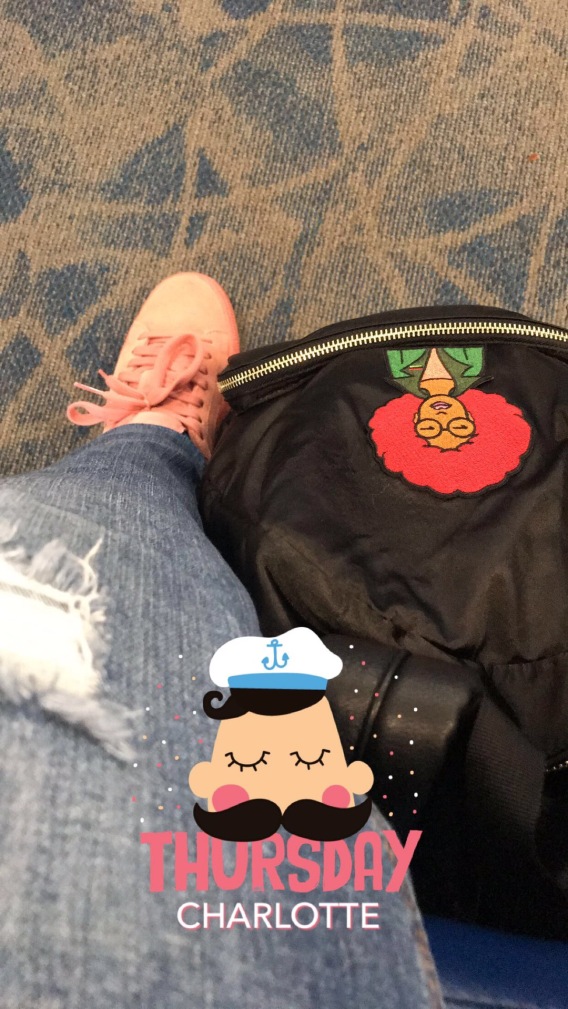 So funny story time. I almost was left in Charlotte, N.C 😂😂 yes.. I was almost left. See what had happened was.. my layover was supposed to be an hour and 20 minutes. So my flight from Tampa to North Carolina was a 2 hour ride and I arrived in N.C at 8:25. So let’s just keep in mind that I’m 5’0 with teeny tiny baby legs 😂. So anywho, Charlotte airport is pretty big compared to my baby legs and my terminal from North Carolina to D.C. Was literally on the other side of the airport. Now mind you I do walk fast (mama brown alway tell me I walk like I’m trying to put out a fire 😂) so tell me why it took me to 8:40-8:50 to get to the other side of the airport for the D.C. Terminal? Now it gets BETTER.. the flight was already boarding!! On my ticket it said that the flight was going to board at 9 but by the time I got to that terminal every group was boarded on the plane! The main thing that was running through my mind was my mom ready to wring my neck if I called her telling her I missed my flight; But thank  god that I made it onto the flight.. even though I wasn’t able to Buy my bo jangles that I’ve wanted for like 4 years 😂. Lesson learned if I pick a flight with a layover make sure it’s long enough to get to early. So when I first landed my family and I did a little sight seeing around the area of the African American Museum and I must say the building looked amazing with the sun setting. 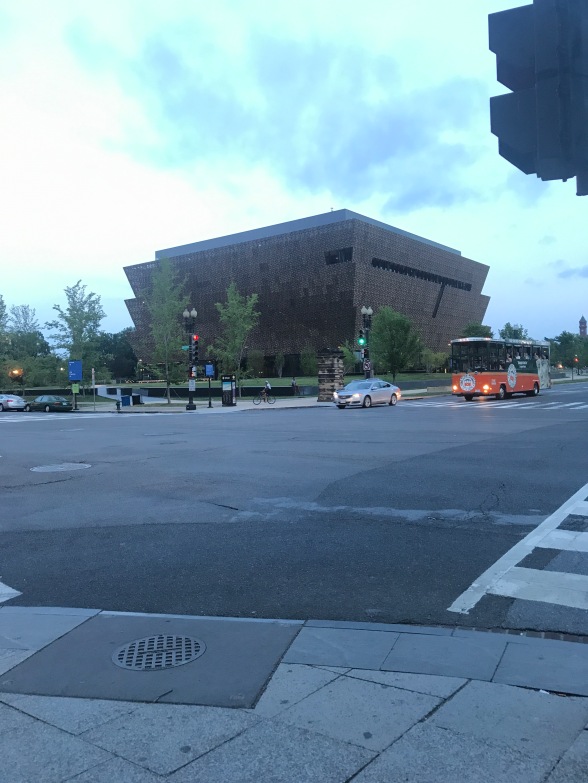 So bright and early Friday ​Mama Brown and I headed down to our lobby to grab some breakfast and English tea before heading to the museum and OF COURSE she wanted to take this selfie before heading down. 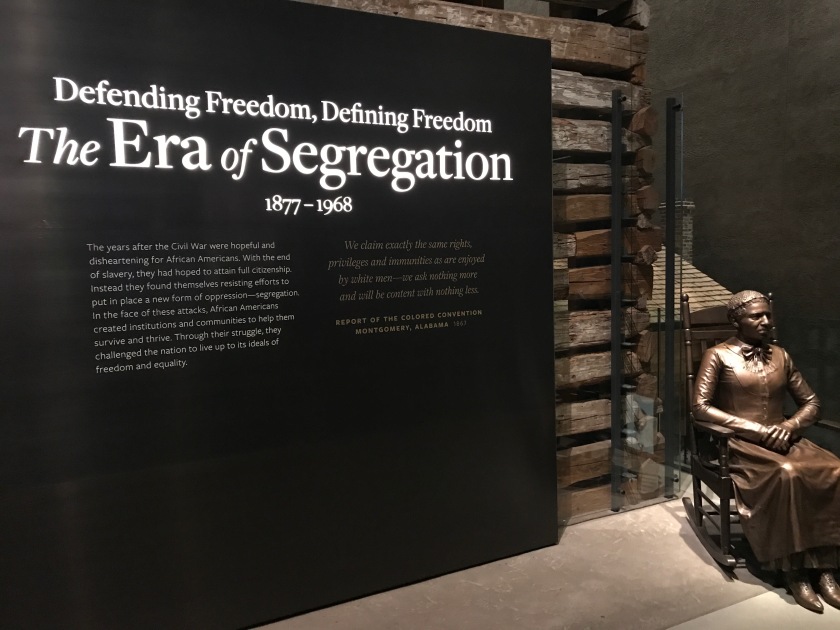 ​​In the museum theres 4 floors. This was located on the very bottom of this floor. I literally spent 3 hours on the last floor. It has SO much information and on the bottom floor itself it has 4 flights of stairs (no you cannot take the elevator lol) and its about 1 mile long. So that I wouldn’t be labeled as a “spoiler alert”. I’m going to keep some of my other pictures to a minimum.

After the museum Mama Brown and I stopped into Daikaya for some yummy ramen.

​​ So after the musuem Mama Brown and I went back to the hotel to relax..well more so me because my feet was hurting! While I was relaxing in the hotel Mama Brown went downstairs for happy hour from our Hotel Lowes (I highly recommend the hotel they’re amazing). Now after 2 hours went by Mama Brown still didn’t make her way upstairs. So I told my boyfriend that I will call her if I don’t hear from her in the next hour. The 12 a.m rolled around and she FT me saying she was in the club and that she’s safe (LOL). So I’m sitting in the hotel singing songs and watching Mocking Jay while my mom went to 4 different clubs. The IRONY lol! 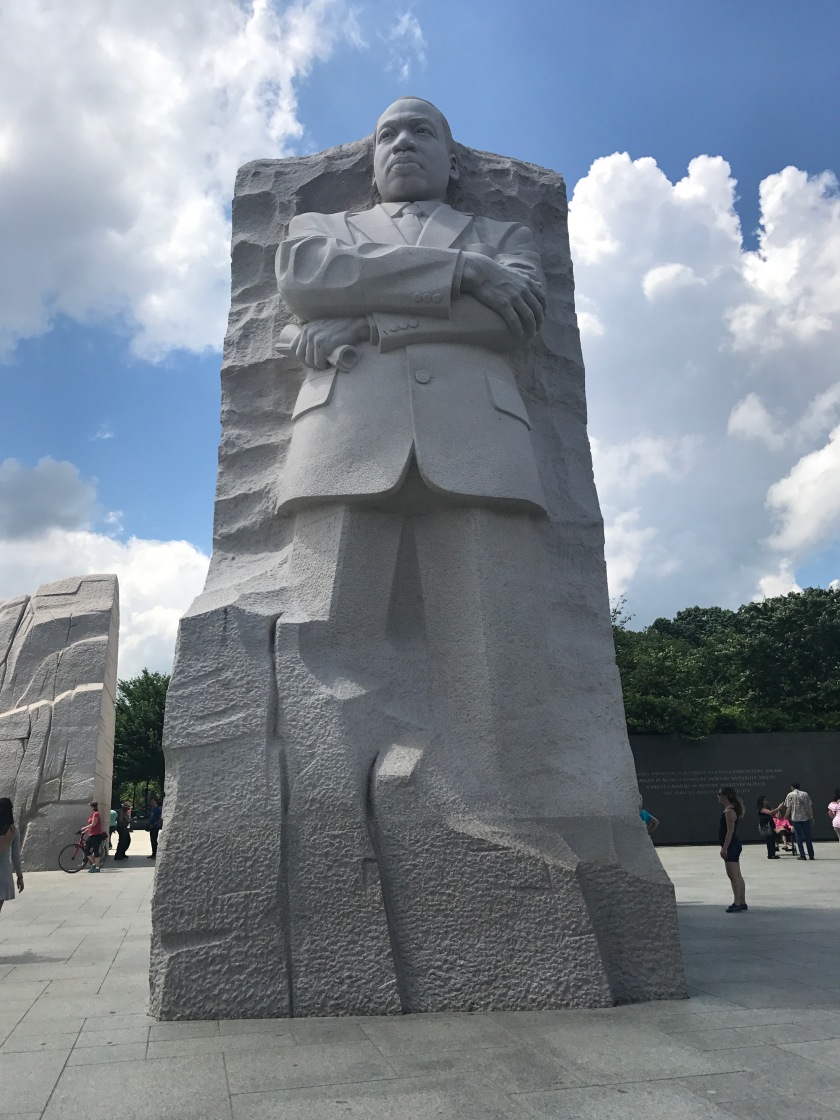 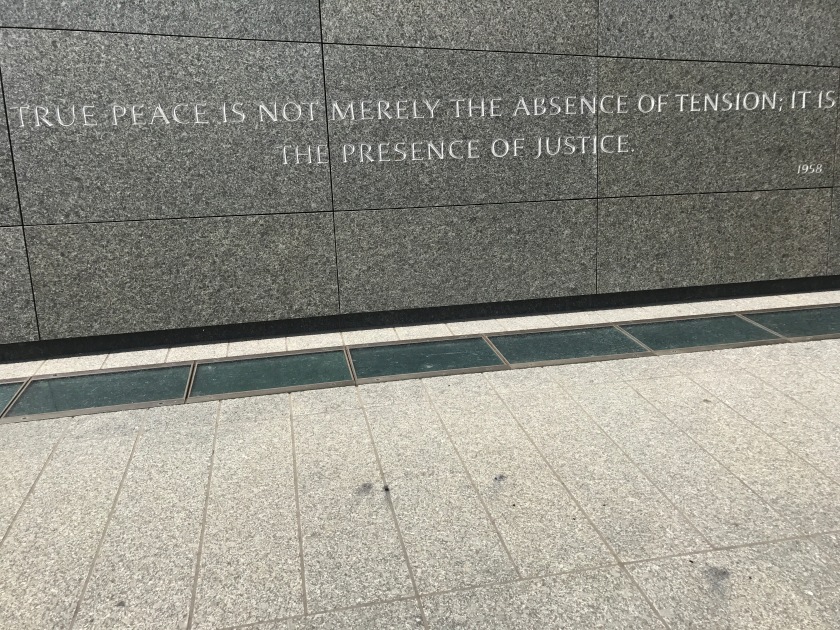 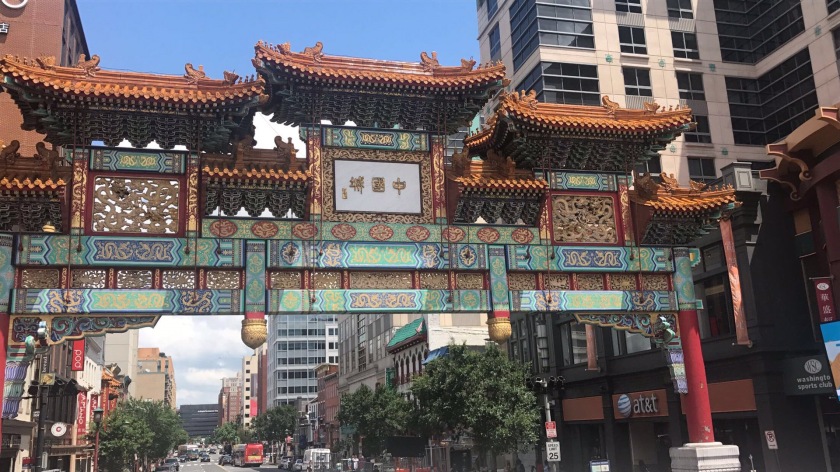 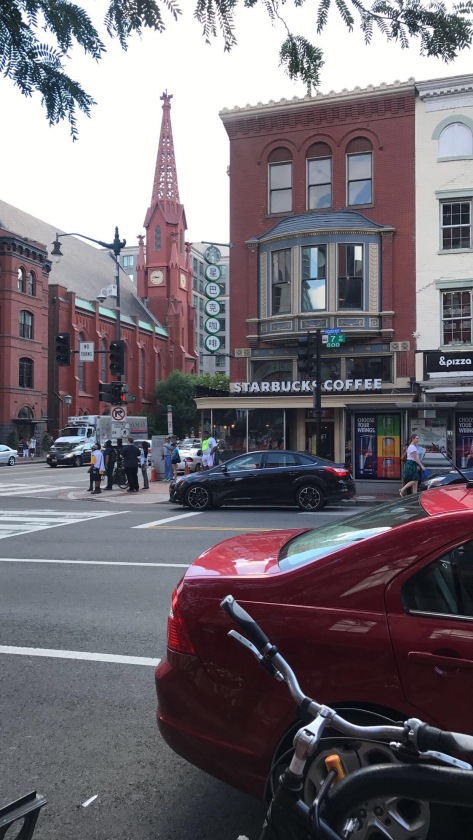 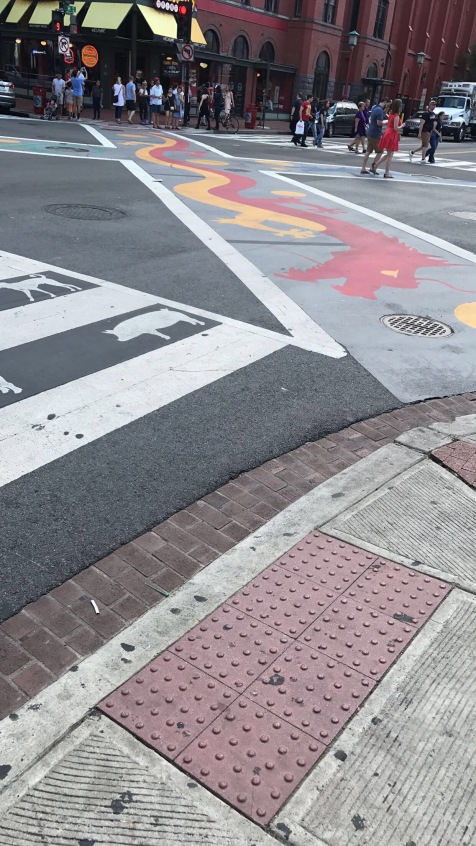 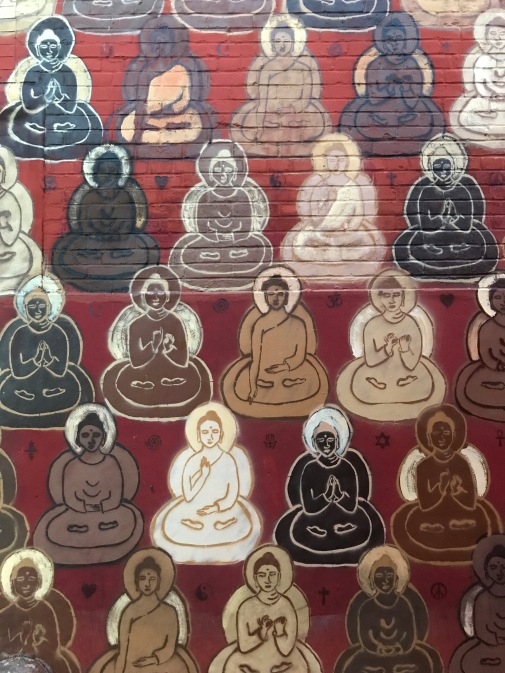 I seen this DOPE wall and automatically fell in love! 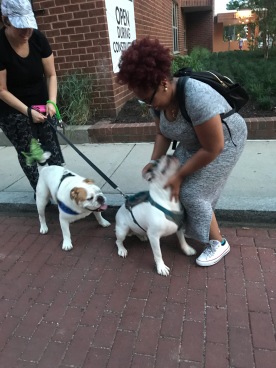 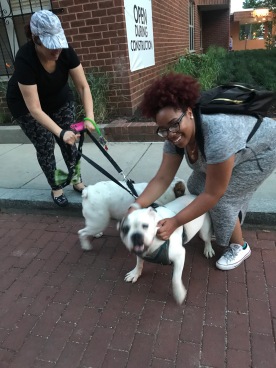 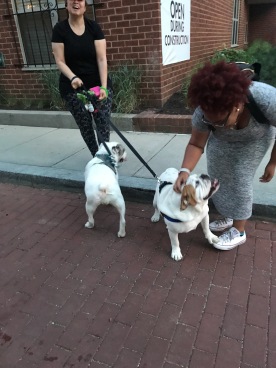 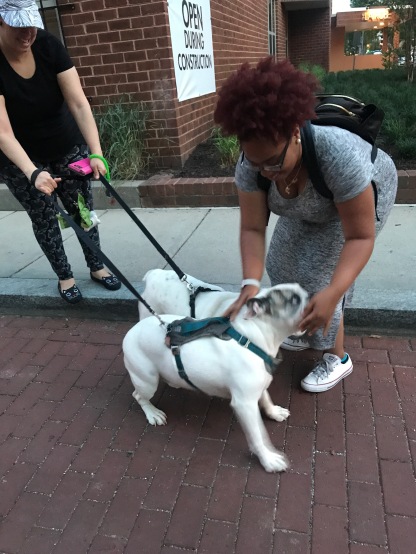 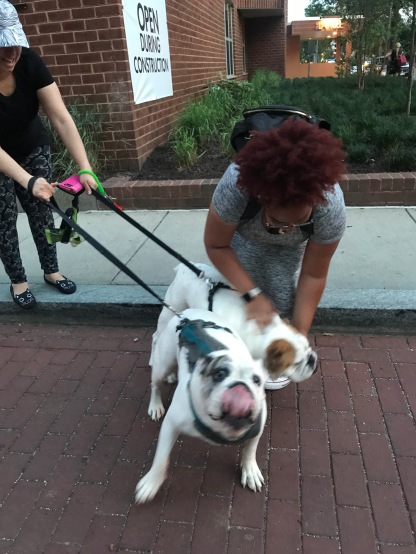 I even made new friends while walking down the street. And SURPRISINGLY I didn’t get yelled at how I used to by Mama Brown when I would walk up to animals.  (Lol)

It was our last day in D.C. and TBH (To be honest) I didn’t want to leave! Out of all of the places that I’ve traveled to D.C. hands down has definitely won me over! (Second to Brooklyn, New York)


And that was the end of a great spontaneous trip! On a scale 1-10 I give D.C. AND the people a freaking 12! Nothing but great positive vibes there! 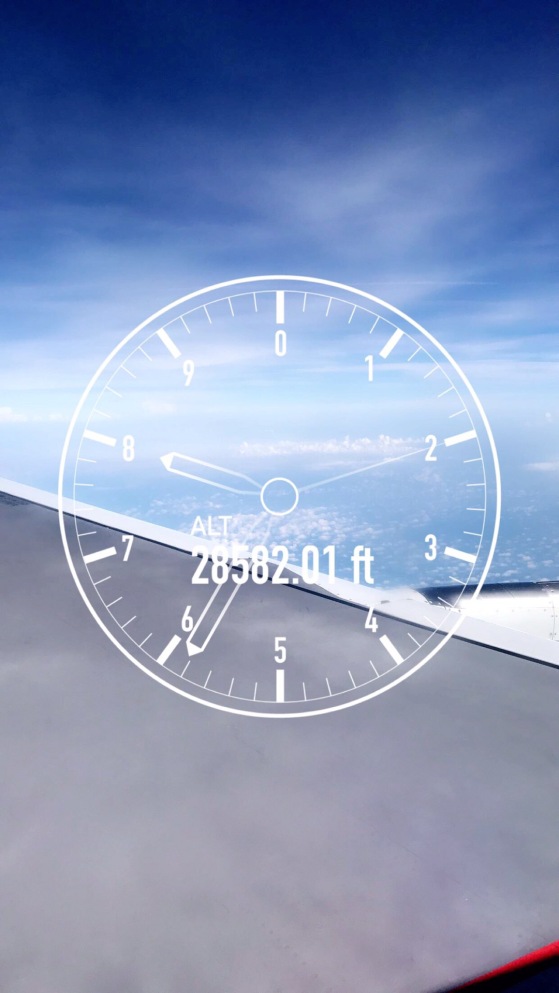